How to fix boot problems with Hynix Raspberry Pi

I fixed a way to make the new 512MB Model B Raspberry Pi with Hynix RAM work with images based on an older boot loader.

Many users just have a "Red LED" and no further activity when using some images on their 512MB Raspberry Pi. When the Red LED lits and the green flashes briefly, there could be a problem with the version of the boot loader you are using. 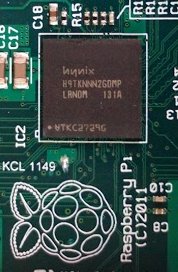 Supposedly there are multiple versions of the 512MB Model B Raspberry Pi. I am having the lastest edition, with the new Hynix RAM. This might have advantages (newer is better?) but older boot loaders won't work on this one. Please also look at: http://www.raspberrypi.org/archives/3534

Because many 3rd party images are not based on the latest version of Raspbian (with the new boot loader), they won't work on these newer Raspberry Pi boards.

Is your Raspberry Pi working?

To determine whether your Pi is working in general, just make a "regular" latest version (2013-02-09-wheezy-raspbian in my case) SD card. See if your Pi starts as supposed to.

If your Raspberry Pi is working with the latest Raspbian, try the following steps:

If your Raspberry Pi is working OK with the above image, mount the SD card on your computer and backup the "bootcode.bin" and "start.elf" files.

Make the image you want (I was working on a Ninjablocks SD card, with the image from http://wiki.ninjablocks.com/images#raspberry-pi).

After creating the new image (that doesn't work, because of the wrong boot loader) replace the "bootcode.bin" and "start.elf" files with the ones from the Raspbian Wheezy backup.

Now insert your SD Card in your Raspberry Pi, and it should work! At least, it did in my case :)
Geplaatst door Unknown op 18:00

Newer Post Older Post Home
Subscribe to: Post Comments (Atom)
I am from The Netherlands, love tinkering with stuff like Arduino's as a hobby, gadgets and technology in general. I started this blog to share and not to forget the things I built with my Arduino's and let the world enjoy my inventions :) 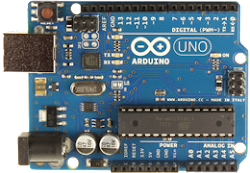